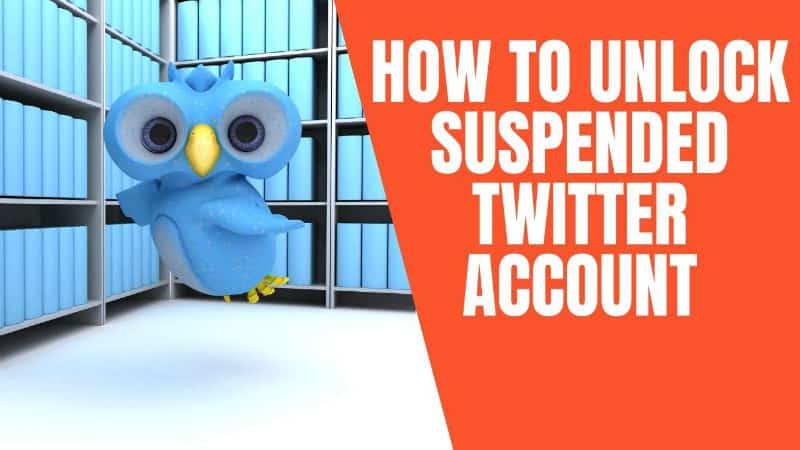 Well, Twitter is quite fond of suspending accounts. Since you’re here, you’ve likely fallen victim to this because you supposedly broke one of those rules you’ve probably never read since signing up. That’s the situation for most people but sometimes Twitter messes up and hammers down accounts that are totally within their laid down regulations. Whatever the case, you can always make your case and possibly get your account back.

That’s what we’ll be looking at in this article. But before that, here are some reasons why Twitter suspends accounts.

Spamming can take a wide definition on Twitter – and it’s not always limited to incessantly tweeting the same content. It also includes:

You may want to check your Twitter activity if it’s against any of the above.

A suspension isn’t so bad after all.

Abuses are generally frowned upon online just as they are offline. Out there, you might get punched in the face but on Twitter, you’ll lose your account as soon as you’re deemed abusive. This will usually be after multiple reports from other users and a closer look at your account by Twitter themselves.

Also, issuing threats will get you the same treatment.

Thankfully, a suspension doesn’t always mean your account is doomed. You’ll still have a chance to salvage the situation. Now, while Twitter might be strict on the rules, sometimes all they need from you are a few details. That’s especially true if the reason for the suspension was suspicious activity.

2. Tap on “verify” to start the process of submitting your details.

4. Check either your email or phone number for a verification code from Twitter. Enter the code in the required field and click “Submit”.

5. The suspension will be lifted. Since there was a security risk, be sure to change your password just in case.

If you’ve been suspended due to a violation of Twitter’s rules, you can still access your account but its functionality will be limited. You’ll still be able to view your profile information and tweets but you can’t post new tweets nor send replies or direct messages.

The best you can do here is deleting some of your tweets and retweets that might violate any of Twitter’s rules. If you can’t figure out which rules you’ve gone against, then appealing your suspension is the only way to go. And it’s as easy as heading over to https://help.twitter.com/forms/general?subtopic=suspended and filling in the various fields as you deem fit.

The page is in two parts.

The first part is about the problem with the first field asking you where you’re experiencing an issue –you can select the various options from the drop-down menu. The second field offers you a bit more space to explicitly describe your problem and is dubbed “Description of problem”.

The second part of the twitter appeal page is all about your personal info – full name, email address, and phone number.

After you’ve filled the fields, hit submit at the bottom of the page, and wait for a response from Twitter. Any step you take after this point will be dependent on how Twitter responds to your appeal.

That’ll vary from one user to another. There’s no specific time limit that Twitter adheres to while responding to these types of requests. The best thing you can do is to wait until they get back to you.

Can I Use My Suspended Username as My Twitter Handle?

That’ll depend on whether the suspension is temporary or permanent. If temporary, it’ll obviously be impossible since all the details will still be tied to the account. For permanent suspension, you’ll have to wait for some time before the previous account details clear from Twitter servers.

So that’s about lifting the suspension on your account. It involves either verifying your identity by providing the required details or filing an appeal. Ultimately, the final decision rests with Twitter.